Leonard married Louisa Dickinson(B.24th Nov 1872 Crossgates – D.7th Feb.1908) in Swillington on 28th January 1895. They had a son Arthur Reginald in 1908 and the family moved to Garforth. On the Marriage record he is listed as Charles Leonard Townend

Louisa passed away aged 36 and Leonard remarried Eliza Saddington, a 40 year old widow 17th October 1908 in Dewsbury. The family continued to live in Springfield Place, West Garforth. At this time he was a miner.
Arthur Reginald was close to his father as a young boy and took the death of his mother very badly. He was estranged from his stepmother but kept in touch with his stepbrother Albert Saddington and his family. Reg had a daughter Margaret who emigrated to Freemantle, Australia in 1950 aged 16 and who provided this background information. 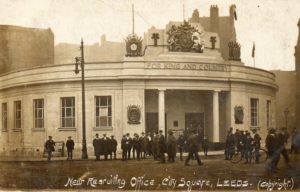 Leonard enlisted in the Royal Field Artillery on 20th October 1915 in Leeds.. He declared his age as 35 and 2 months. His actual age was 48 .

In October 1915 he was posted to No 1 Royal Field Artillery, Newcastle Depot, Then in Nov 1915 to the 2nd Reserve Battalion. 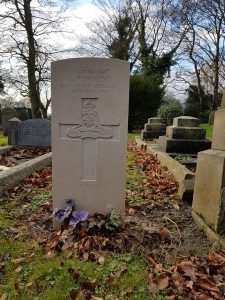 . He is buried in a Commonwealth War Grave in St Mary’s Church Grave, (Row 59 Grave 3 North of the Path- Not Garforth Cemetery)
On the St Mary’s Parish Burial Record he is listed as 51 years old 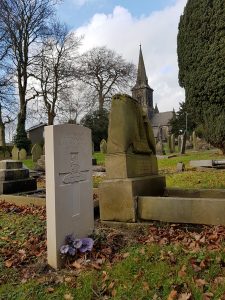 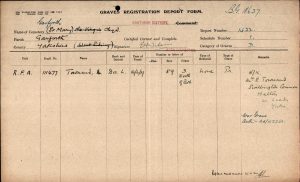 Grateful thanks for the information provided by Martin Ashton,  Ashley Land and Margaret Gill- Granddaughter of Leonard