Harry married Emily Sneyd on 4th December 1915 in St Mary’s Church in Garforth, Harry was a 21 (b. 1884) He was listed as a Soldier from Garforth whose father was Richard Gregson, a miner. Emily was 20 also from Garforth. Her father was Albert Sneyd, a miner. A witness was Emily Siberry
In 1911 Emily Sneyd lived with her four sisters and two brothers at 97 East Garforth
Harry Served with “D” Battery 91st Brigade Royal Field Artillery 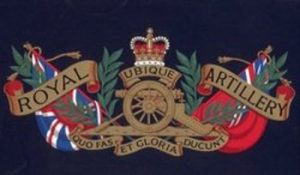 There are now 3136 casualties of the First World War buried or commemorated in this cemetery. 1643 of the burials are unidentified but there are special memorials to 83 soldiers known or believed to be buried among them. 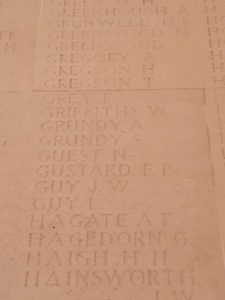