George was born in 1891 in Swillington 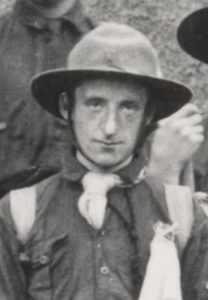 Photo Taken 1908 in Scout Group
In 1911 he was living at 86 School Terrace East Garforth with father Christopher and mother Charlotte Mary. Christopher and Charlotte had been married for 29 years in 1911 and had had 11 children, eight of whom were still alive. Freda Cox 2 who was Christopher’s grand daughter was also living at School Terrace. George was a colliery pony driver and his father a coal miner hewer.
George had enlisted in the Territorial Army at Carlton Barracks on 27th August 1909 aged 18.
He served in France and Flanders with 1st/8th Battalion West Yorkshire Regiment and was killed in action 0n 28th September 1916 aged 25. In the Commonwealth Graves Record he is listed as a Corporal. When the telegram arrived notifying George’s death it was received by 7 year old Freda who had to hand it to Charlotte.
Commonwealth Graves Thiepval Memorial

He is commemorated at the Thiepval Memorial
Thiepval, Departement de la Somme, Picardie, France
Plot: Pier and Face 2 A 2 C and 2 D 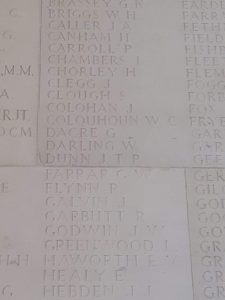 Thiepval is, the Memorial to the Missing of the Somme, and has the names of more than 72,000 officers and men of the United Kingdom and South African forces who died in the Somme sector before 20 March 1918 and have no known grave. Over 90% of those commemorated died between July and November 1916. 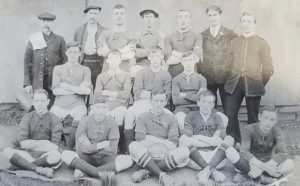