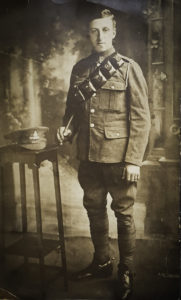 Church. At that time they lived at Clapham Terrace, Wellington Road.

He was the eldest son of Arthur and Violetta – they were married in 1893.The 1911 Census shows they had been married 18 years.
Leonard was a driver in Royal Field Artillery
Leonard was Killed In Action 1st October 1917 aged 24

He was passionate about horses and was looking after their troop when a shell blew a large crater close by. They moved the horses into this crater for protection when a second shell hit the same spot and all men and horses were killed.
Army death record shows “C” Battery 245th Brigade Royal Field Artillery
Commonwealth Graves Ypres Reservoir Cemetery Ypres (Ieper) Arrondissement Ieper
West Flanders (West-Vlaanderen), Belgium
Plot: I. C. 30. 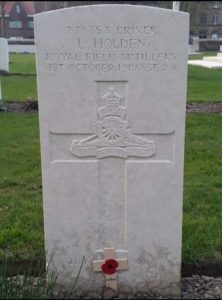 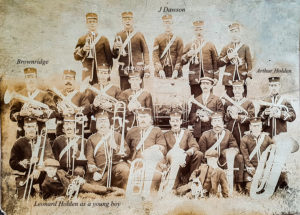 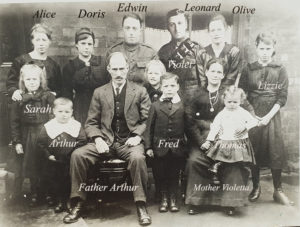 This Photograph was taken after Leonard’s death- he was superimposed. Possibly 1919/1920Brother Thomas H. (b.2nd Oct 1917) Garry’s Father
By 1911 they had 9 children all alive.and were living at 162 Newhold in Garforth. Arthur was a Coal Miner Hewer and Leonard and his brother Edwin were Coal Miner Pony Drivers.

Both Leonard and Edwin served in the First WW1. They were marching in France, Leonard towards battle in Ypres and Edwin towards the Somme when their units marched past each other. They stopped to talk to each other. Edwin told Leonard that he had heard fighting on the Somme was particularly bad and he did not expect to return so he gave all his personal possessions  to Leonard for safe keeping. Leonard was killed and both his and Edwin’s possessions were sent to their mother. She thought that she had lost both sons but Edwin survived. 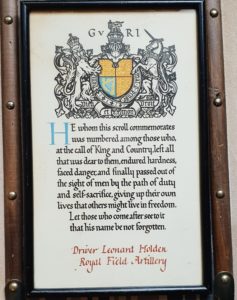 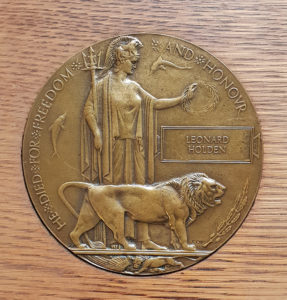 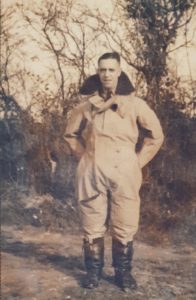 Leonard’s youngest brother Thomas (Garry Holden’s father) served in the RAF in World War Two as an Air Craft Mechanic. According to Garry, on 6th June 1941 Thomas was based at RAF Warmwell which was a base for 10 Group. He was in a tent on the airfield when a brand new Spitfire landed – it had no markings except the roundel. Thomas took an unofficial photo of the spitfire . Thomas was later made a sergeant and transfered to Lancaster bombers.

This was the actual aircraft that was destined to be adopted by Leeds City.

Unfortunately it was shot down before it could be presented to the City. A replacement was found and temporary signs added as in the extract in Leodis 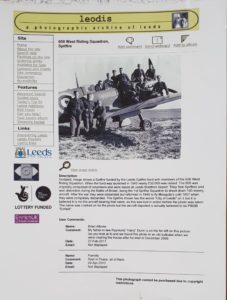