Whilst researching this project I was struck by the tragedies behind the stories which have come to light. There were around 600 young men from Garforth who served in the First World War, of these 62 did not return. A further 26 were killed in the later wars.
With an average age of 25 it is easy to imagine what a loss it was to the community; a fact that was not unique to Garforth but was repeated throughout the country.
Garforth residents reacted quickly to the call for men. Just a month after the outbreak of war on 4th August 1914 200 men had enlisted.

As the war progressed the losses suffered by the Garforth community increased.
There are instances of a 21 year old Ernest Lincoln who died in hospital just 8 months after he was married and less than a month after Armistice Day. His wife in later life had a son Kenneth Lincoln who lost his life in WW2. He was a 18 year old Ordinary Seaman who was only two weeks into his enlistment when a bomb hit his training base in Hampshire.
Another 29 year old was killed 12 days before the end of WW1and a young 19 year old Richard Cockram was killed on 4th November 1918 – one week before hostilities ended.
The investigation of family histories reveals that the majority of these young men were directly or indirectly involved with the mining industry and agriculture.

The village of Garforth in their time, late 19th century and early 20th century, was an established mining community. Coal mining had been known in the area for many years , in fact the earliest recording was in the mid 13th century. However it wasn’t until the mid 1800s that a more commercial mining industry developed.
In 10 years between 1830 and 1840 when the population was 782 the first pits were sunk by the landowners, the Gascoigne Family. 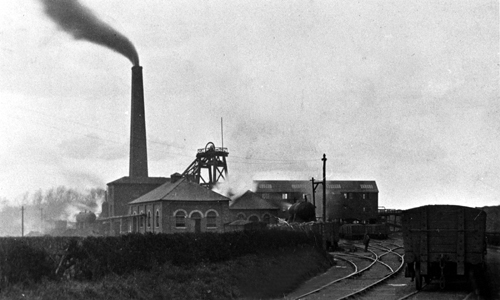 The first was the Isabella Pit named after the eldest daughter was sunk in 1833 at the bottom end of Newhold.

A second, the Elizabeth Pit, came a few years later near Hawks Nest Wood named after the youngest daughter. 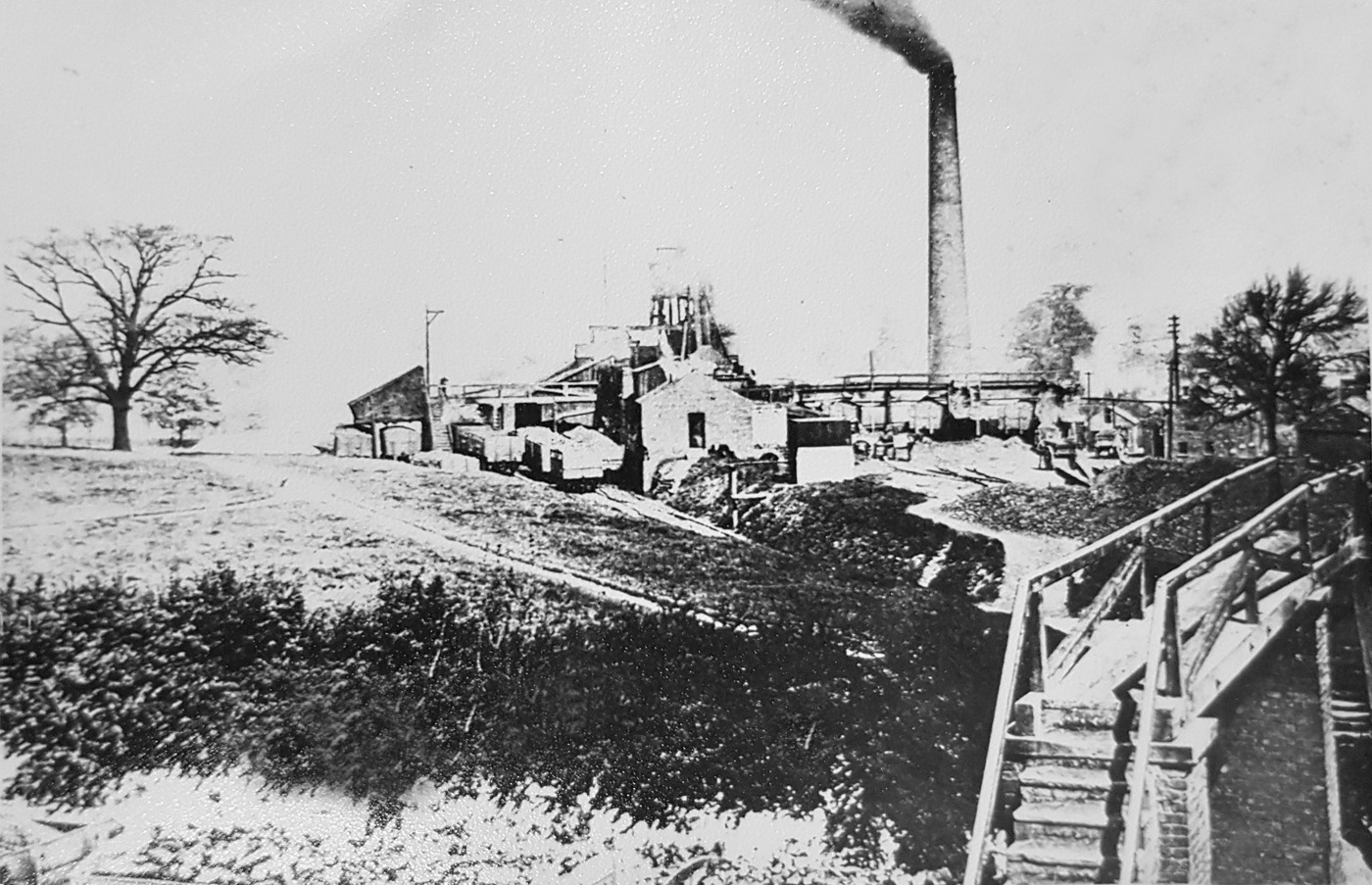 The third was the Sisters pit in 1843 behind the current Tesco Supermarket. 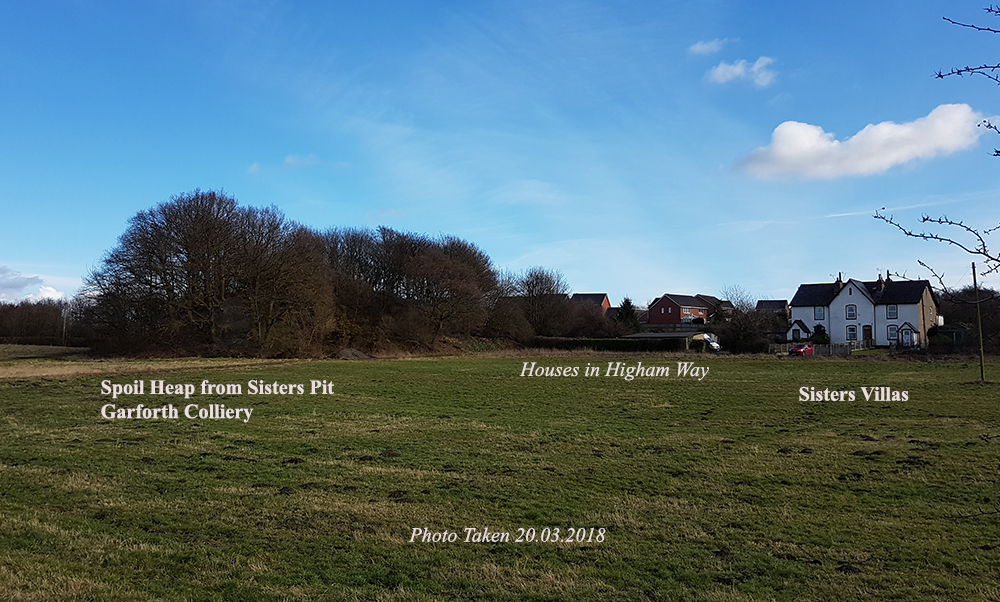 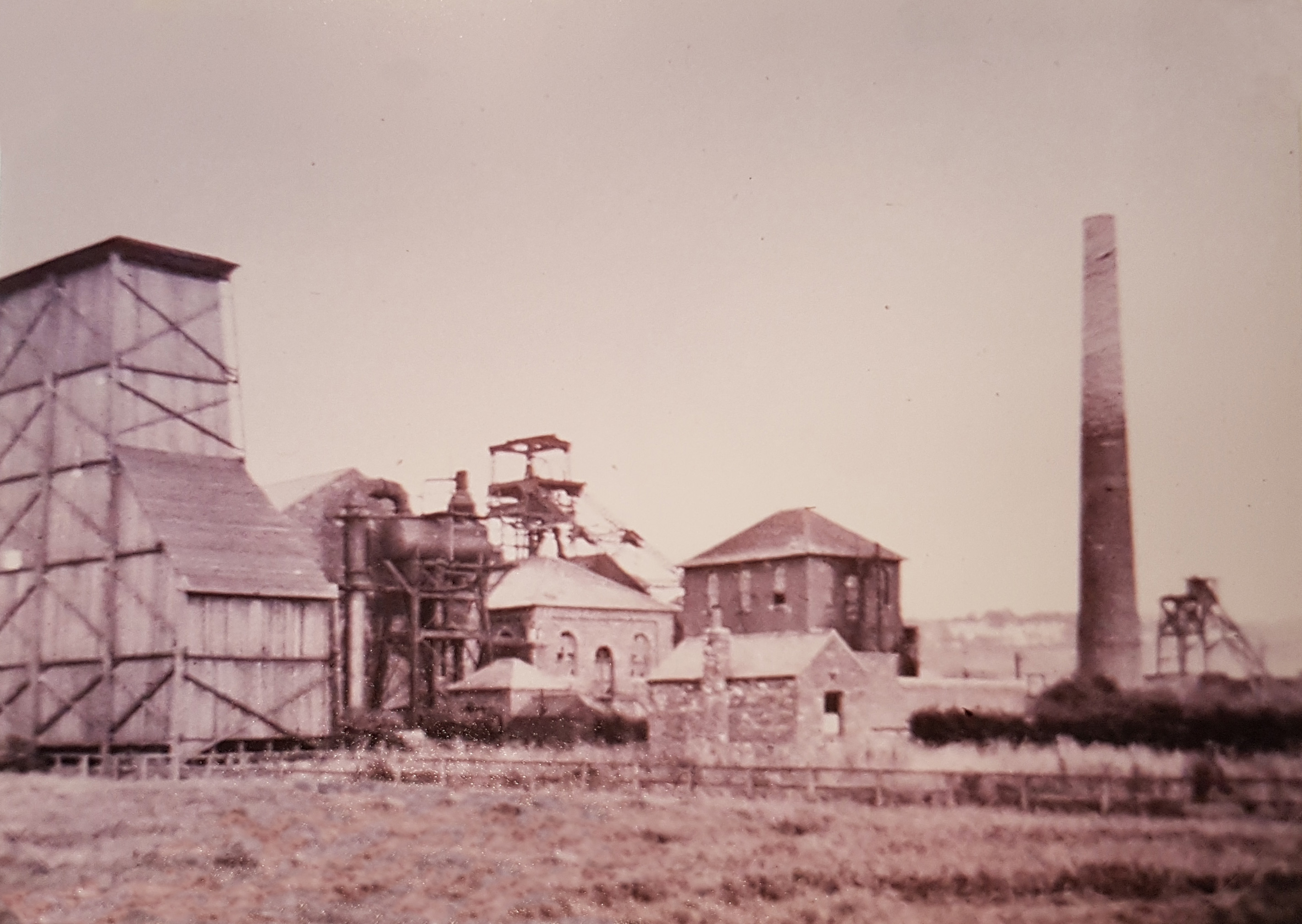 The Trench Pit was sunk in 1899 on land which was later occupied by Stocks Blocks. (This business closed in 2016 and in 2018 building works started  on a new housing development of 242 homes)

The mine was named after Isabella’s husband who changed his name to Gascoigne on marriage.

The Trench Pit off Ninelands Lane. The building with the arched windows in the centre of the picture had been used as an engineering shop.This 117 year old building was the last remaining colliery building in Garforth. It was demolished on 28th November 2016. 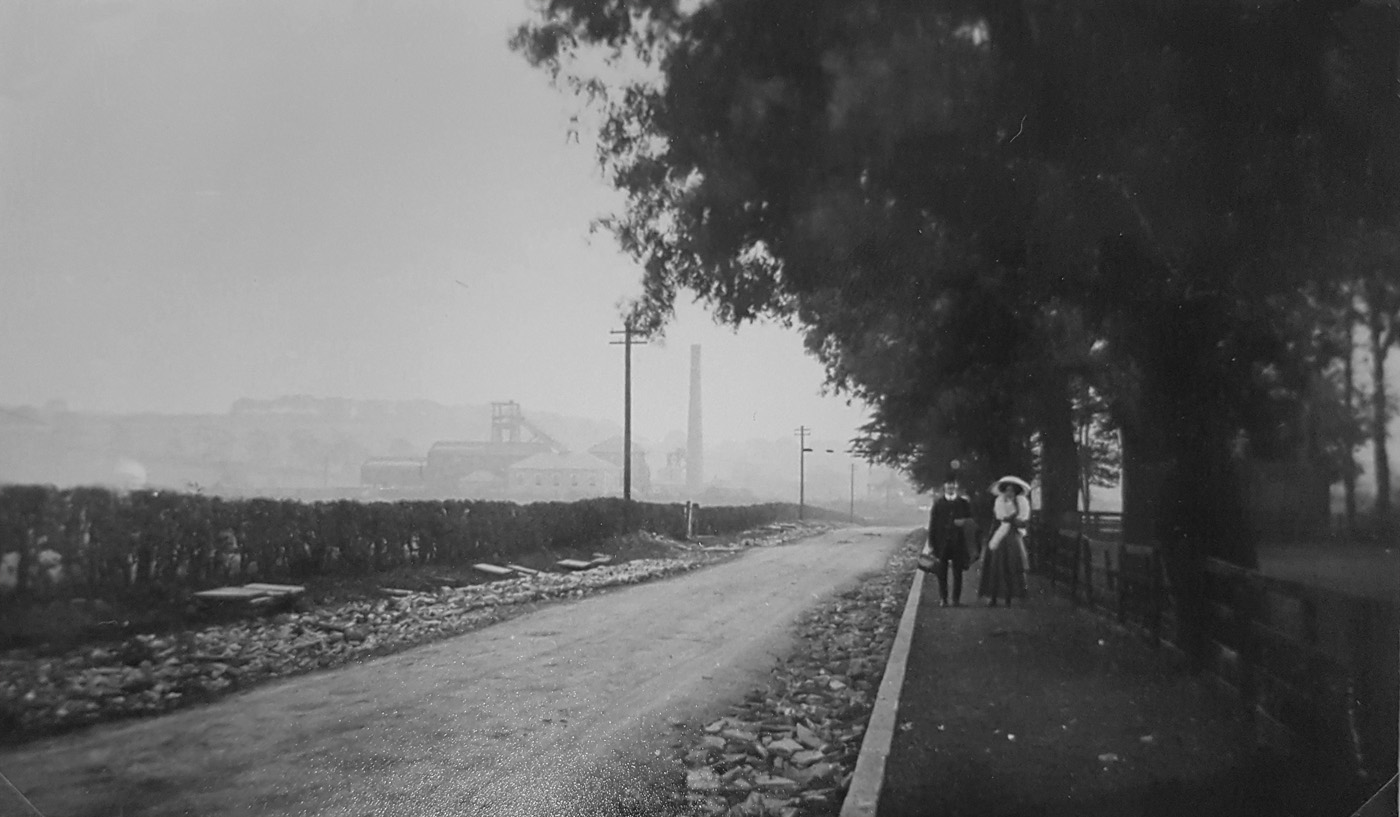 This is a photograph of Ninelands Lane looking towards Garforth Cliff and Selby Road with the Trench Pit in the foreground.

The development of these mines brought an influx of workers, not only from the local Leeds area but from other areas of the country such as Norfolk, and the North East as shown in the family histories.
Housing grew up around these pits; Moor Garforth around the Sisters and East Garforth – Newhold and Paradise/Sturton Lane around the Isabella. In ten years the population had increased to 1,195. 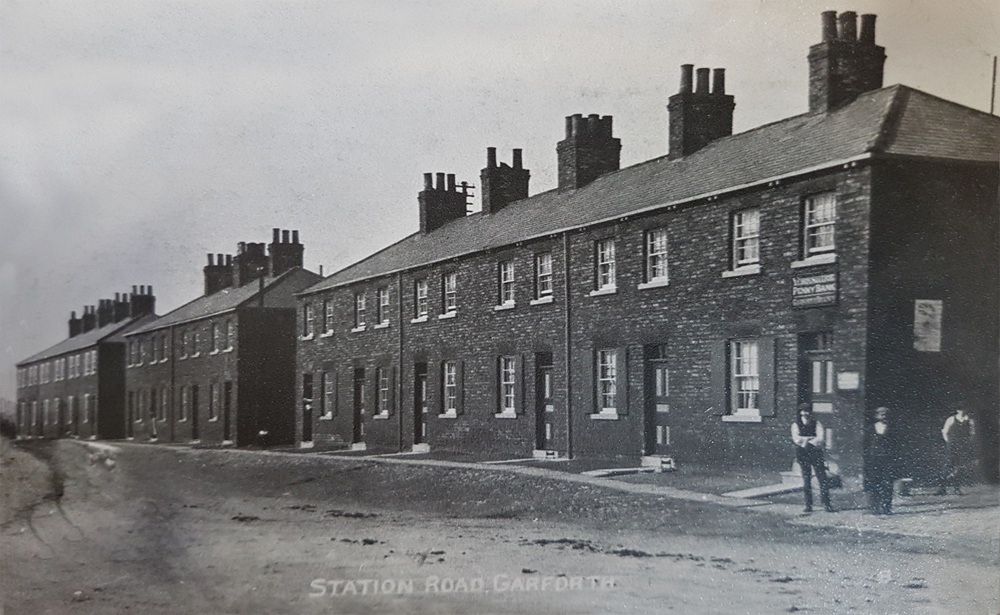 This is Bank Row (now Townend 2017). The Sisters pit was located close to these houses. The house on the right with the sign housed the first Bank in Garforth – The Yorkshire Penny Bank which opened in 1859. 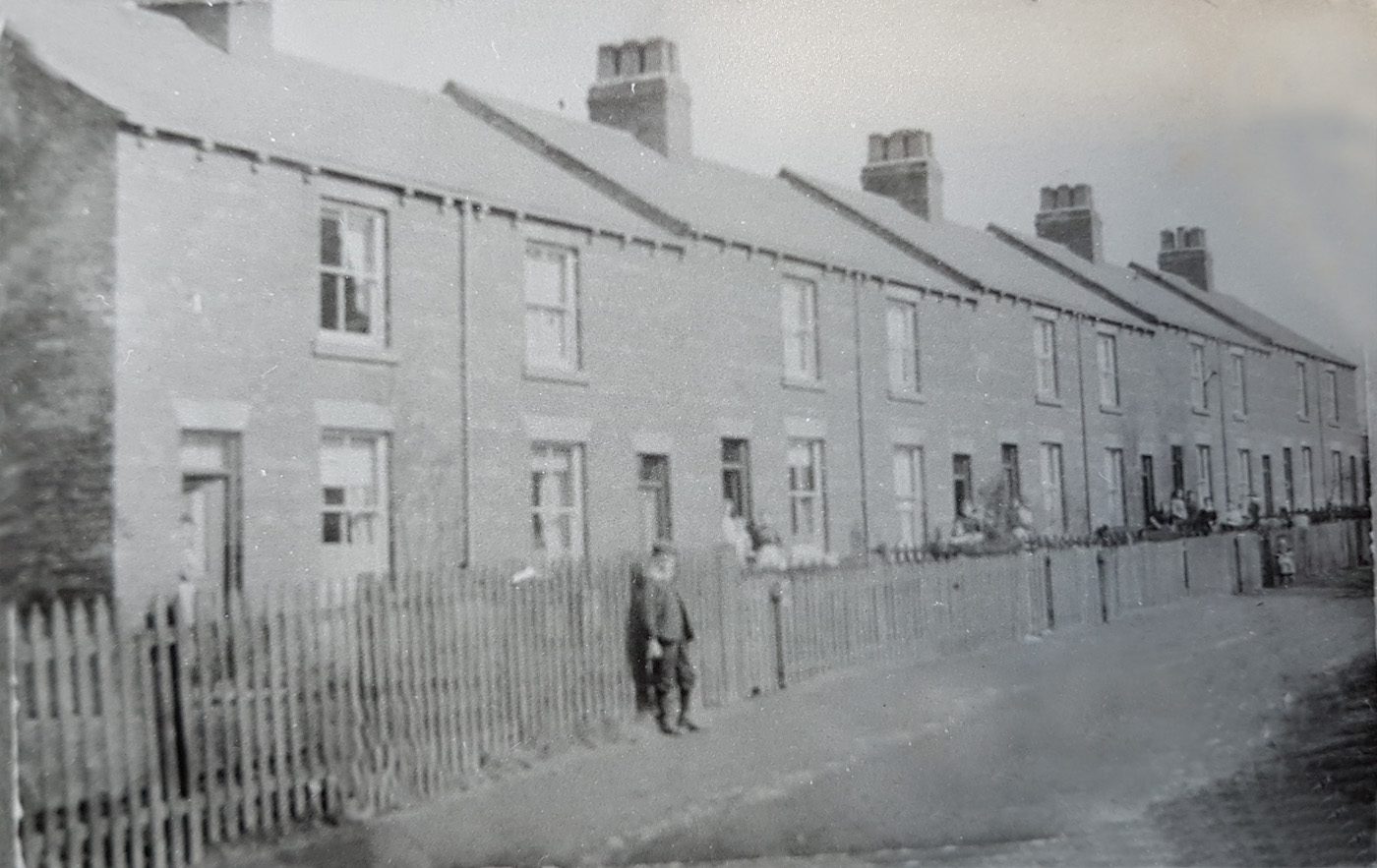 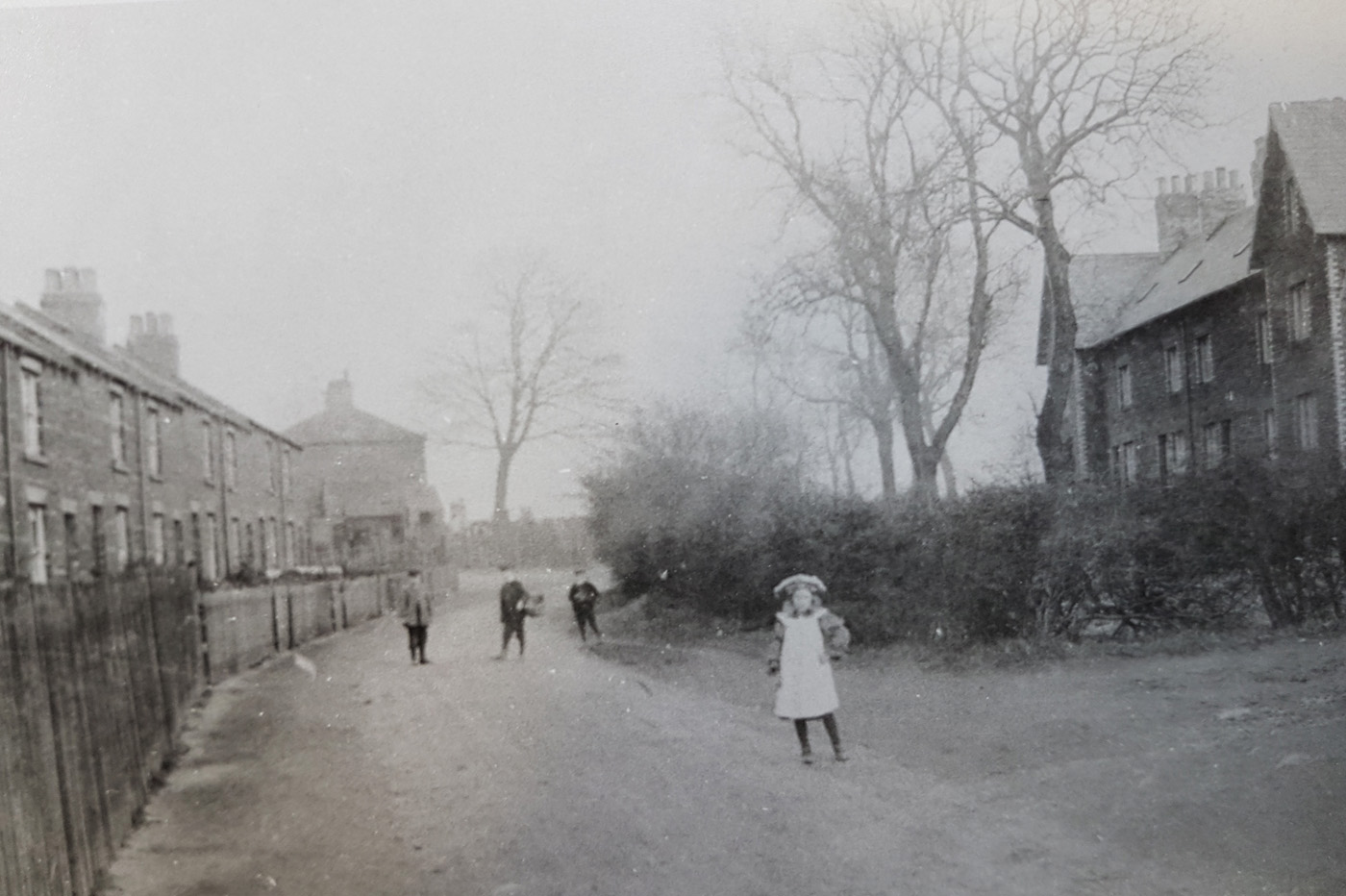 In the decade after the First World ended the mining industry was in decline. The Sisters pit, employing 292 men was finished in 1922 and in 1925 the Isabella closed when the pumps were turned off and the mine flooded. The last mine to close was the Trench Pit in 1930 with the loss of over 400 jobs.

Whilst mining was the predominant employer, agriculture and horticulture still played role in the economy of the community. There were several farms and nurseries in the area and it was well known for fruit growing.
Garforth benefitted from particularly fertile soil and Farming and Market Gardening employed a significant number of people.
There were farms in West Garforth near the Gaping Goose, Church Farm, later owned by Mr Atkinson was on the site now occupied by the Podger Pub, Bowman’s Well Green Farm on the site of The Holiday Inn and Top Farm on Station Road owned by Job Barber and Tillotson’s Farm on Barrowby Lane.

By the start of World War 11 all the Garforth pits had closed in but there were mines in the area and some of the miners still lived in Garforth. The sense of community remained and was manifested in the way in which the community dealt with the changing conditions.
As in WW1 Garforth residents were quick to rally to support the War effort.
With a history of working in agriculture and horticulture the community readily embraced The Dig for Victory programme. They also organised other projects supporting the War effort. Collections of waste paper, cardboard, tin foil, bones and glass as well as scrap iron were arranged. Garforth Wesleyan Chapel in Church Lane lost its metal railings as part of this programme.

Like other communities in the country Garforth residents had to make sacrifices and adapt to changing circumstances. The blackouts were so complete that a young boy who was sent with a message from his home on Main Street to Coupland Road was totally disorientated and loss his way. Evacuees started to arrive from the very first days of the war from as close as Harehills in Leeds. The influx of children put a strain on schools and retired teachers were recalled to help cope. Once children reached school age some mothers were drafted to work at Barnbow.

A Garforth resident in 2018, Barbara Pearson was evacuated to Garforth from Kent in 1941 aged eight along with her four sisters and mother.
Just before the war the family had moved out of London to the fresh air of Kent and new housing developments.
As the early war developed with The Blitz, even their area of Kent became subject to bombing. Barbara tells of many hours spent in their damp Anderson Air Raid shelter, sleeping there night after night and even at school many of the lessons were taken in the shelters.
In January 1941 a bomb destroyed their home and they packed what they could and left for Grandmas house in Lewisham. Unable to let their fireman father know where they were going they had to leave a message with neighbours.
Whilst Lewisham was nearer to the main bombing area it meant that after two weeks they qualified for evacuation to Garforth via Otley.
Barbara’s recalls “My first memory of Garforth is of the welfare hall into which we were crowded on our arrival”
Mother and five children (one under three) were allowed to stay together but people were reluctant to take a large family and they were spilt up for a while, albeit just across the road.
On one of their father’s rare visits from London he saw how they were living and persuaded the council to let his family move into a large, empty house and shop at the bottom end of Church Lane. This had been Jordan’s Newsagents and had been condemned years earlier.
Barbara says, It … “was a lovely big house and I enjoyed living there, even though it was damp from a stream which ran beneath, one of many plaguing the area.”
It took a little while for their fellow pupils to accept them having initial difficulties understanding each other’s accent. The Garforth adults however were very helpful to their mother. The family became settled in Garforth, enjoying the relative calm and safety which the community offered. After the war their father joined them and the all stayed and made Garforth their home.

Barbara  has published her memoirs in a book “From Kentish Maid to Yorkshire Lass” available in Garforth Library.

The day War broke out a lady school teacher returned from holiday with her husband who was training as a reservist in Royal Artillery. He was immediately sent to France and she didn’t see him again till 1945.
Amongst the first to volunteer were three sons of Albert Rex.
There was an Anti Aircraft Battery at East Garforth opposite the Weigh House. At the end of the war the Nissen Huts were taken over by returning servicemen and their families who apparently turned them into temporary comfortable homes.

The returning soldiers from WW2 and the Korean War in mid 1950s put pressure on the housing market but it wasn’t until the1960s that the major housing developments started in Garforth. The former rhubarb fields became The Grange estate and other farm land and nurseries became the Wimpey Estate and East Garforth – New Sturton Lane.
The village of Garforth became a town and yet much of the sense of community survived.