He was baptised on 30th July 1899 at Holy Trinity, New Wortley, Armley Hall. He was the son of Seth and Annie Isabella Seaton living at 4 Hopewell Terrace. He was baptised on the same day as his sister Nellie and brother Harold.
He enlisted in the 12th Battalion Manchester Regiment
Ernest was Killed in Action 22nd October 1918 aged 20
Ovillers New Communal Cemetery, Solesmes Grave Ref A2 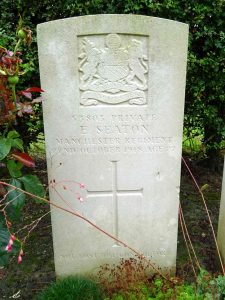 Commemorated in Garforth Cemetery Plot B446 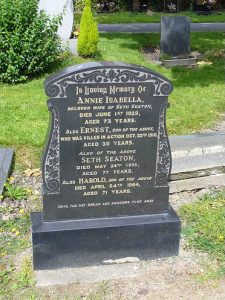