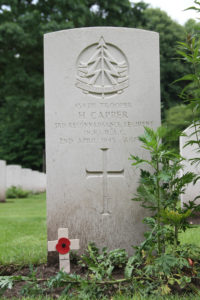 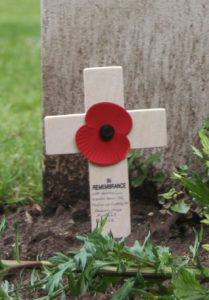 The grave was visited by Helen and Mick Ainsley from Garforth in June 2019 who left the Remembrance Cross “With Grateful Thanks From the People of Garforth, Mick and Helen Ainsley”