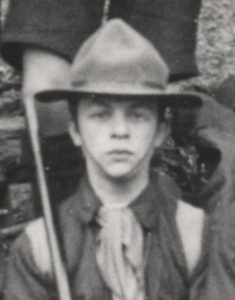 His parents were Henry and Mary Ellen then living at 4 Algeria Street, Holbeck, Leeds

Transcription Yorkshire Evening Post 5 November 1915
Private Harry Fryer
Official intimation has been received from the War Office of the death of a Garforth Soldier Private Harry Fryer who died in hospital abroad whilst undergoing an operation.
In civil life he worked in the engineering department at Garforth colliery. He and his younger brother, being experienced in ambulance work volunteered their services at the outbreak of war and for nearly twelve months served in the R.A.M.C. at Beckett’s Park Hospital Leeds. Private Harry Fryer only left England for the Dardanelles on September 4. His younger brother had just previously transferred to the Royal Garrison Artillery.